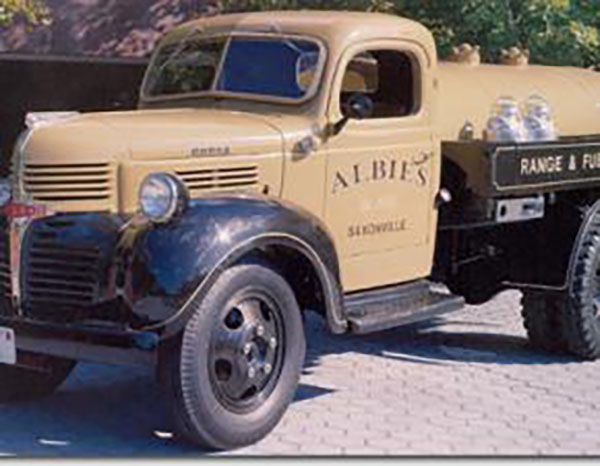 Jamie Oil was founded in 1989 by Keith Proia of Framingham, Mass. Before he started the company, Proia had worked for his father Sam at the family business, Crown Fuel, which was also located in Framingham. The company was named after Keith’s newborn daughter, Jamie.

Proia built his customer base quickly. He bought brand new oil trucks and built his reputation by offering quality work at fair prices. Unlike most upstart companies, Jamie offered full service 24 hours a day. By 1995 the company had over 1000 customers, most of whom were on automatic delivery. Company sales exceeded $1,000,000 for the first time in 1995. The company had five employees.

Tired of the long New England winters and the grind of the oil business, Proia sold the company in the summer of 1997. Proia moved to Florida shortly after the sale. The new company was headed by Tom Carey, of Hopkinton, MA. Carey had spent over fifteen years in the oil business. He started out working for the largest oil suppliers operating in New England, but always wanted to buy a local company. When Carey took over, the company had two oil trucks and four employees.

In 1997 the company began offering fixed price programs on heating oil to both homeowners and industrial accounts. Jamie Oil also began selling gasoline and Diesel Fuel. Soon the company was selling commercial fuel in New Hampshire. The primary line of business continued to be home heating oil and burner service in eastern Massachusetts.

Jamie Oil then bought several competitors. HB Fuel, owned by Harold Brown of Marlboro, was the first in 1999. Then came Albies Oil Service, in 2000. Albies was established in 1932 by the Rousseau family. The company was located in the north Framingham neighborhood of Saxonville.

In 2001, both Crown and Alan Fuel were acquired by Jamie. Alan Miller of Holliston worked with us up until he passed in 2015.

As the company grew so did the need to expand the JOC staff. Jamie was able to hire some of the most talented and experienced people in the field as other local oil companies sold to national marketers. In September 2000, Rick Auen of Hopkinton joined Jamie as the new General Manager. Over the next two years Auen and Carey hired ten former employees of the former Terry and Trinity Oil companies, with an average of over 20 years of experience per person. Auen worked for Terry for over 30 years. His last position under Bill Terry was Vice-President/General Manager.

In 2002, JOC was named “Best of Metrowest” for the fifth straight year. In 2003, Grant’s Oil of Hopkinton merged with Jamie and Dan Grant joined the new organization. Jamie also made their first delivery in the State of Maine in 2003. The company moved to their new office on Park Street in Framingham in July, 2003.

In the fall of 2004, Ed and Al’s Oil Service of Ashland merged with JOC. Jamie now is able to store thousands of gallons of fuel in Ashland, a key distribution point for the company. Bruce Camille continues to be active with Jamie Oil. 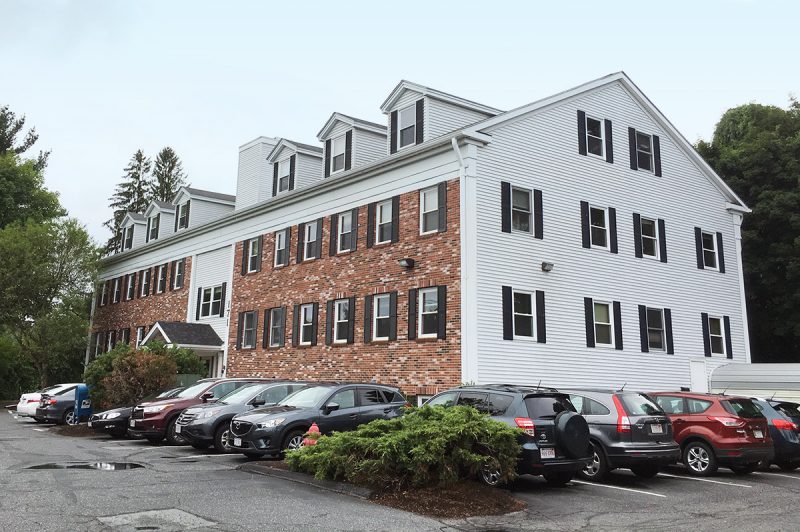 As the winter of 2004-2005 came to a close, Jamie Oil had a decision to make. Do we stay another year in the cramped quarters in South Framingham, or do we get more space to accommodate a growing operation?

“I never thought we would outgrow this office, but it happened,” said then Jamie Oil office manager Barbara Foisy. With additional space not available on Park Street in Framingham, the company decided to move to 171 Main Street in Ashland. “The new location offers expanded quarters for our staff, and a better parking situation for our customers and employees,” added Foisy. “If you are looking for us, we will now be situated in the Ashland Professional Building, directly behind John Stone’s Public House.”

The Ashland location worked well with Jamie Oil’s most recent addition – acquiring Ed and Al’s Oil Service in September of 2004. Most of Ed and Al’s customer base is located in Ashland, and Jamie Oil’s growing distribution in Hopkinton and surrounding towns has contributed to the decision to move to Ashland. “We will always be a Framingham area company.” said JOC president Tom Carey. 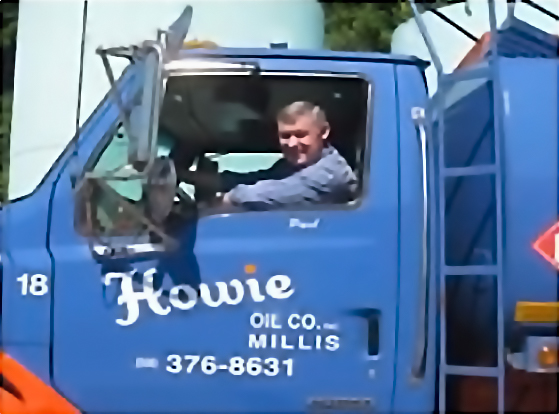 In 2009 Howie Oil, a Millis based company with over one thousand customers, merged with Jamie Oil Company (JOC). The deal included Howie’s vast oil storage facility, which can hold up to one hundred and forty thousand gallons of heating oil and diesel fuels.

In November of 2013, JOC announced an investment in a home heating oil business located in southern Maine. In 2014, the company reached an accord with Metrowest Oil Service, whereby JOC would provide emergency service to Metro West heating oil customers. The arrangement continues to be in effect today.

In August 2015, with the company running twelve oil trucks, employing over forty people, and over six thousand customers, Jamie Oil was voted the #1 Home Heating Oil Company in an independent poll published in the Metro West Daily News. This marked the eighteenth consecutive year JOC received the coveted honor.

Since Jamie Oil was established, our winning formula has not changed: hard work, fair prices, outstanding quality and satisfaction guaranteed has put us where we are today. 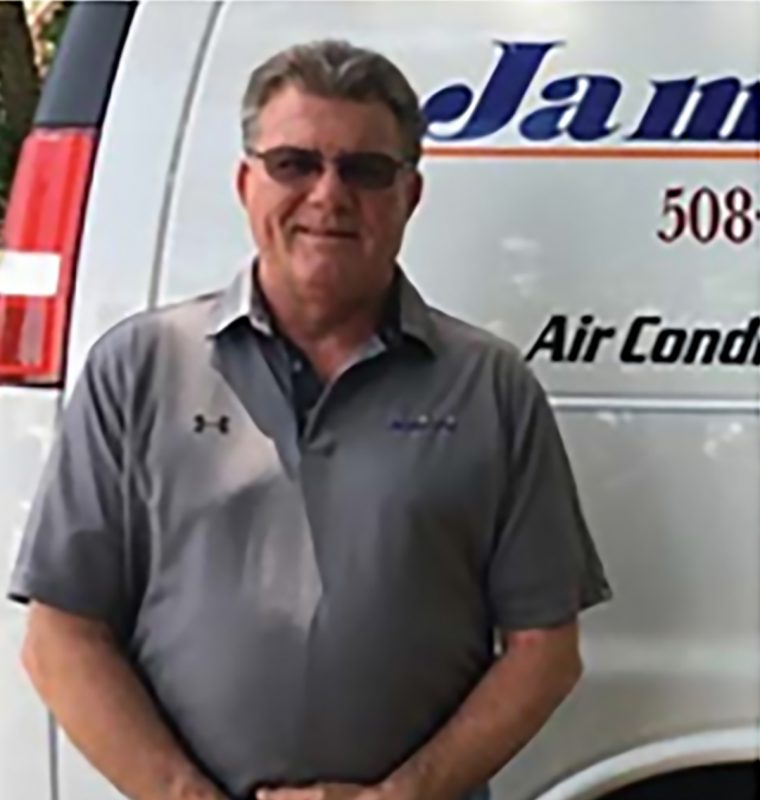 After almost three years of providing evening and weekend emergency service for Metrowest clients, all operations of Metrowest Fuel Service was merged into Jamie Oil. Keith Proia, a Framingham native, who was the owner of Metrowest, will stay on at Jamie Oil as Jamie’s new General Manager. Proia brings almost forty years of heating and HVAC experience to Jamie, which he founded in 1989.

Keith left Massachusetts and spent most of the nineties in Florida, but he returned home to resolve some issues at a struggling Framingham based heating oil retailer named Wholesale Fuel, which his late father Sam owned and his brothers operated after Sam’s death. Keith revived the business and renamed it Metrowest Fuel Service.

Prioa returns to Jamie’s current management team almost twenty years after he sold the company he named after his eldest daughter.

“It is great to have Keith back”, Jamie Oil President Tom Carey said. “We consider ourselves an ‘old school’ company and we need a capable and experienced individual to head up our oil delivery and service operations.”

He’s talented, hardworking and old school, and we are thrilled to have him back! 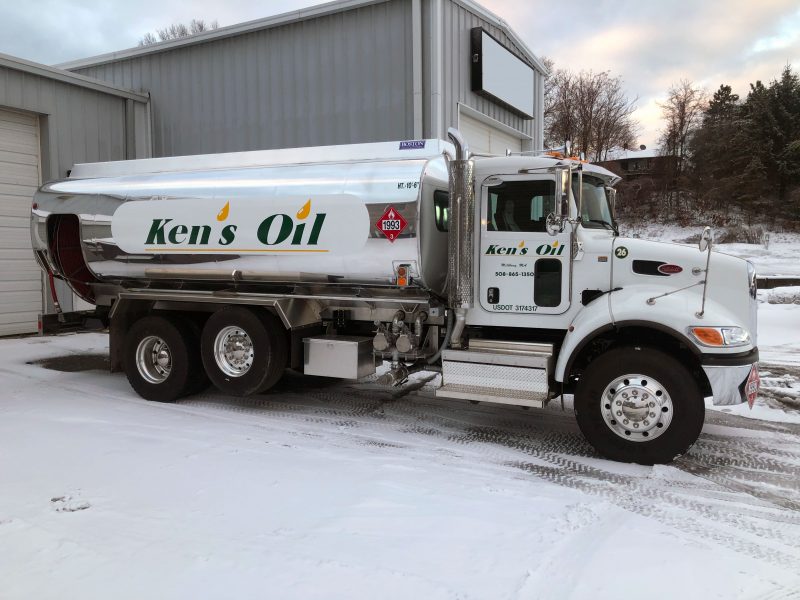 As most of you may already know, Ken’s Oil and Heating of Millbury, MA has teamed up with another company serving Worcester county this past winter. In the fall of 2018, Ken Andrews was faced with a tough decision. His small, local company was expanding rapidly, however he didn’t have the oil burner technicians, fuel oil drivers and office staff needed to meet the demands of his growing company. He decided combine his talent and expertise with Jamie Oil Company of Ashland, Massachusetts and with their help, Ken’s Oil continued to satisfy the needs of our customers, both with heating oil maintenance and fuel delivery.